AdventureQuest (also referred to by its website name BattleOn or abbreviated to AQ) is a free, flash based, single-player online role-playing game that currently holds a database of more than 65 million. AQ receives new updates weekly that include fixing of bugs, equipment, and quests.

You can either play for free or pay a one time "guardianship" fee which grants the player access more game content like: housing, quests/events, and special equipments.

AdventureQuest is a single player RPG; however the character data is stored on a server. The gameplay is similar to a traditional RPG in that much of its game play revolves around fighting monsters in a turn based system. As players defeat monsters they gain experience points, gold and occasionally "Z-tokens", a secondary currency that can also be bought with real-world money. There are also special items or sets called Mastercrafts or MC for short.

Skill points, like mana, are used primarily for certain class abilities; they are also used for some armors and in the activation of certain items and the usage of potions. Skill points are required to flee from battle, the higher the monster's level, the more SP is needed. Fleeing from battle prior to the introduction of SP was enabled but at no cost.

AdventureQuest has an alignment system, similar to that of Dungeons and Dragons, which includes selection between Good and Evil as well as Unity and Chaos, actions taken in-game affects the player's alignment, and will (for instance) give the player a selection of custom rewards in game events. The game also includes equipment that will bestow special effects depending on the players' alignment. To show one's alignment status the moglin Twilly in Battleon will allow show the player's moral compass.

Most fights start through random encounters and quests, which can be found throughout the game. The battle system is turn-based; on their turn the player may attack, equip an item, use an item, cast a spell or call a pet. Both characters and monsters have elemental and weapon based resistances and weaknesses. Six stats (Strength, Dexterity, Intellect, Endurance, Charisma and Luck) also affect the amount of damage inflicted and taken, as well as the probability of an attack being resisted. There are three kinds of attacks which include melee, ranged and magic, depending on the type of weapon used. A battle ends when the enemy's HP drops to zero or if the player's drops to zero (except in special combat scenarios, where a player must die to advance).

Like most other RPGs, AdventureQuest has special releases or events and a limited time shop (for rare or short time equipment selling) based on real-life holidays. Holidays include: Snugglefest (Valentine's Day), the Blarney War (St. Patrick's Day), April Fools, Mogloween (Halloween) and Frostval (Christmas).

In AdventureQuest, players can participate in competitive activities. There are eight clans available for players to join, representing the eight elemental realms. Clan bases contain a shop that sells items of its respective element, as well as clan-unique items. 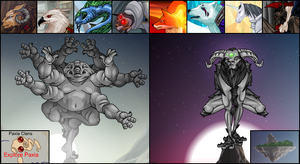 In addition to the in-game leaders of these clans, there are also player-leaders who are elected at the BattleOn Forums. These players ensure activity and stability for their respective clans and also play larger parts during clan based game releases. Aside from this, they also have a variety of other jobs in regards to their clans.

Houses may be bought with Z-tokens; players may also use these to buy pictures and guards to decorate and protect their house. When a player visits another player's house, he/she must battle the owner's guards - if any - to gain access to that house. Some buildings yield various resources. Players can also take some potions if their number of potions is low, the amount of which is based on the type of house. Also, with some houses you can have an Estate, where you can buy certain Estate Items to get resources. Using these resources you can send guards or an army into a war, that is happening at that time. You can also use them for cheaper stat training in conjunction with the Stat Trainers.

Guardianship gives players access to premium content, which they can buy for a one-time fee, this fee goes towards the maintenance of the game and servers. Besides that, it also comes with a Z-Token boost, which boosts the player's Z-Token amount for 1000. Players can also upgrade to second form of membership, X-Guardian, which gives more in-game advantages such as faster EXP gain.

Introduced in June 2006, Z-Tokens are rare coins in AdventureQuest, which players will occasionally find after winning battles. Players may also purchase Z-Tokens with real money, with various exchange rates.Players may use Z-Tokens to buy shields, armor, weapons, pets, and items - these combat items tend to be more powerful than normal items, and can be bought with a much lower relative level. They may also purchase inventory slots with Z-Tokens, or trade them for in-game gold. Also there's a special shop called the Limited Time Shop which offers mostly Z-Token equipment, that is either discounted or going rare.