Codex Gamicus
Register
Don't have an account?
Sign In
Advertisement
in: Active, Articles that use information from Wikipedia, Articles using CompanyInfobox, CompanyInfobox articles without an image

The current members of the Classification Board:

The current members of the Classification Review Board:

Despite a line in the National Classification Code stating that "adults should be able to read, hear and see what they want", the adult R18+ classification was only introduced on January 1, 2013 for video games.

The classifications below are advisory in nature — they are not legally enforced.

The content varies depending on the show / film. Any film or computer game which is to be rated E must not exceed the PG rating.

G (General) - These films and computer games are for general viewing. However, G does not necessarily designate a children’s film or game as many of these productions contain content that would be of no interest to children.

M (Recommended for mature audiences) - These films and computer games contain material that requires a mature perspective, but is still not enough to be deemed too extreme for younger players. This classification was formerly known as M15+, but was changed to simply M to distinguish it from the higher (and restricted) rating of MA15+. This is the highest unrestricted rating.

By contrast, the classification below is legally restricted—i.e., it is illegal to sell or exhibit materials so classified to a person younger than the respective age limit.

MA15+ (Restricted) - The content is considered unsuitable for exhibition by persons under the age of 15. Persons under 15 may only legally purchase or exhibit MA15+ rated content under the supervision of an adult guardian. This is a legally restricted category.

R18+ (Restricted) - The content is considered very unsuitable for younger audiences under the age of 18. Persons under 18 may only legally purchase or exhibit R18+ rated content under the supervision of an adult guardian. This is a legally restricted category. This Rating was only considered and allowed in 2013. 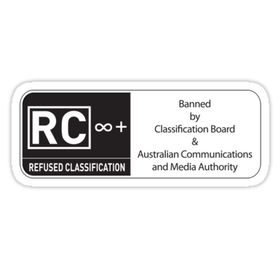 Refused Classification - The content is considered unacceptable if it exceeds the R18+ rating and is outright banned. This means it is illegal to sell anywhere in Australia, and a huge fine (or short jail time) is expected if someone was to bring a refused game over the border. The games given an RC may be re-submitted edited, and if the review board is okay with it, it can be given an R18+ rating.