These are the supplement of destruction. Combining them with weapons and the environment produce great effects.

Aggressors (Splicers): Deformed, genetically modified Rapture citizens who are now remnants of Ryan's army, the Aggressors cannot survive without ADAM due to their extensive biological modifications. Early Splicers seem to be referred to according to their weapon preference, such as "Leadhead" for those who prefer guns. There are five types of Splicers: Houdini; which can vanish and reappear, and throw fire or ice balls. They seem to be the only splicers capable of using offensive plasmids. Thuggish; which wield pipes, wrenches and other melee weapons. Nitro: which use grenades and mines. Spider: which can crawl on walls and can throw hooks at the player, and Leadhead splicers which use guns. They wear little or no armor, and normally roam the levels of Rapture, searching for other inhabitants to kill and steal ADAM from. As their name would suggest, they are aggressive and quick to attack, and will use their enhanced physical strength, group tactics and, sometimes, semi-biological weapons to kill all in their path. Many of the Splicers are wearing the masquerade ball masks that were worn during the 1959 New Year's Eve party. (At one point in the game, Atlas muses; "I wonder why they wear the masks? Maybe it's because they have a shred of humanity left, and they're ashamed of what they've become.")[1] Splicers will sometimes play dead; surprising the player as they approach them.

Gatherers (Little Sisters): The Little Sisters are genetically modified prepubescent girls.[2] The Gatherers, whom Dr. Tenenbaum created as a solution to the ADAM shortage, extract the inert ADAM from the dead (which they call "angels") using retractable needle syringes and then consume it, their bodies reprocessing it into a usable form. The BioShock team designed these characters in order to draw out an emotional response from players, who face an ethical choice between saving or murdering little girls to obtain a much-needed resource. Nevertheless, doing so is severely difficult due to their symbiotic relationship with the Protectors. According to lead designer Ken Levine, the Gatherers have a direct link with the main character. In a recently released audio file, Levine clarifies that the player cannot physically harm a Little Sister directly, but can "harvest" the ADAM from them (a process which they will not survive), by forcibly extracting the sea slug from within their bodies. This will be presented via audio, and a black screen.[3] Players are also given the option to "rescue" the Gatherers, which nets only half the ADAM of a harvest, but makes an ally of Dr. Tenenbaum, who presents herself early in the game to provide the tools needed to rescue these creatures, along with promises of future compensation. This compensation, among them plasmid upgrades few other inhabitants of Rapture possess, makes rescue a desirable long-term strategy. Ultimately, the player's decision vis-à-vis the Little Sisters will influence the game's ending.

Protectors (Big Daddies, or Mr. Bubbles and Mr. B as the Gatherers call them, also called Metal Daddies by Splicers): Mute, lumbering bio-mechanical monstrosities, created to protect the Gatherers. They are heavily armored and wield high-powered weaponry, usually including a large drill. Their armor somewhat resembles a large diving suit. These diving suits seem functional as a Big Daddy can sometimes be seen outside Rapture walking along the ocean floor. Most of the inhabitants stay out of the way of the Gatherers and Protectors. They will not attack the player unless provoked and according to lead designer Paul Hellquist: "Once you mess with them, you find out why no one messes with them." In a recent trailer/commentary for BioShock, it was revealed that, despite their size and typically slow movements, they become incredibly fast once engaged, in some cases quicker than the player character. However, the player can defeat them easily enough if the correct plasmids are used, such as shooting bolts of lightning at a Big Daddy standing in a pool of water. There are two types of Big Daddies: Rosies and Bouncers; Bouncers are the close combat type with different detachable arm-mounted weapons, one of which is a drill. Rosies attack from long range due to the large rivet gun they are armed with. Later in the game, they become Elite Bouncers and Elite Rosies, the Elite Bouncers charge you incredibly fast, and the Elite Rosies have incredibly powerful rivet guns. A Big Daddy that has no associated Little Sister to defend will plod about and look in decorative art-deco holes in the wall where Little Sisters are known to hide. If the player gets in their way while they search, then the Big Daddy will casually swat the player aside without a second glance and continue investigating. If the player kills a Protector that is associated with a Gatherer, the Little Sister will run to the corpse, crying and pleading for it to get up.

Security Bots: Throughout the city of Rapture, they are called via alarm by various security cameras. Security bots hover and fly using rotors and are armed with machine guns. When disturbed, the security cameras' siren will sound and an unlimited supply of security bots will pour out for a limited time. There are three ways of taking down security bots: the player can attempt to destroy them, shut off the security system by paying the money demanded to access a Bot Shutdown switch, or manually hack into their systems. Hacking bots and other mechanical devices prompts a mini-game resembling Pipe Dream. The security system can also be suborned by the player, either by "hacking" it or using the "Security Bullseye" plasmid on an enemy. 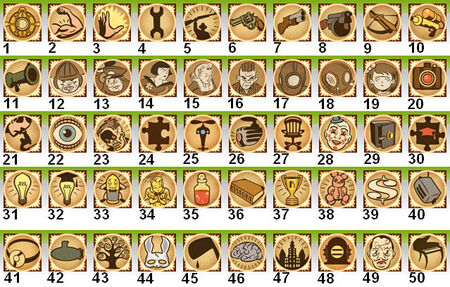 Successfully invent at least one item.

The player has become a Big Daddy.

Purchase one slot in any Plasmid or Tonic track.

Either Harvest or Rescue every Little Sister in the game.

The player has defeated Andrew Ryan.

The player has defeated Atlas.

The player has defeated the crazed Dr. Steinman.

The player has defeated Peach Wilkins.

The player has taken a picture of Sander Cohen's corpse.

Complete the game without harvesting any Little Sisters.

Hit the jackpot at a slot machine.

Purchased every slot in all four Plasmid and Tonic tracks.

Purchased every slot in one of the Plasmid or Tonic tracks.

Perform at least one successful hack.

Take at least one photo in every research group.

Take a Research Photo of the highest grade.

Max out all possible research. bt

Take at least one Research Photo of a Splicer.

The player has restored the forests of Arcadia.

Complete the game on the hardest difficulty setting.

Shock an enemy in the water.

Collect or Invent 53 Tonics in the Physical, Engineering and Combat tracks.

Acquire at least one weapon upgrade.

Acquire all upgrades for all weapons.