If you are looking for the GBA game that came out in the United States, please go to Fire Emblem instead. 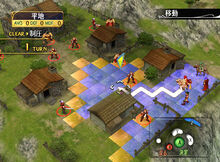 From Fire Emblem: Path of Radiance for the GameCube.

The Fire Emblem series of video games are turn-based strategy RPGs that are very story & text heavy. They are known for their rich stories, characters, and deep & difficult yet simple gameplay. The Shining Force games were SEGA's attempt at duplicating the success of Fire Emblem in Japan. It is one of the first and most influential series of Strategy RPGs.

The name "Fire Emblem" refers to an Emblem in the first game (Fire Emblem: Dark Dragon and Sword of Light) that the main character, Marth, combined with his divine sword, the Falchion.

Despite being extremely popular in Japan, has only come to American shores in 2003. The first Fire Emblem game to be released outside of Japan was Fire Emblem: The Blazing Sword and was released as, simply, "Fire Emblem". The games, so far, are all in a fantasy/medieval setting. The games have been developed by the minds at Nintendo's Intelligent Systems, creators of Advance Wars. This explains the extreme similarities in gameplay.

There are certain distinguishing features that separate the Fire Emblem games from other Strategy RPGs like Final Fantasy Tactics or Ogre Battle. 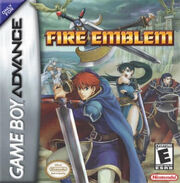