The Halo 2 Original Soundtrack is the official soundtrack released for Bungie Studios' 2004 video game Halo 2. It was released as two separate volumes with a two year time gap. Volume 1 was released at the same time as Halo 2 on November 9, 2004, containing arranged instrumental pieces written by Martin O'Donnell and Michael Salvatori and produced for Sumthing Else as well as "inspired by" tracks from bands Incubus, Hoobastank, and Breaking Benjamin. Volume 2 was released on April 25, 2006 and contains all the game music arranged in a suite form. 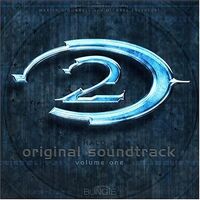 This section is too short. You can help Codex Gamicus by adding to it.