The Nintendo DS Lite is a revision of the popular Nintendo DS dual-screen portable handheld game console developed and manufactured by Nintendo. This new edition is smaller and lighter than the original DS, with a higher-quality screen with four brightness settings. The system launched in Japan on March 2 with three different colours, and launched in North America on June 11, 2006. 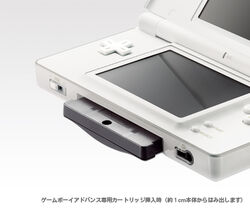 When GBA carts are inserted, they stick out 1 CM from the machine. 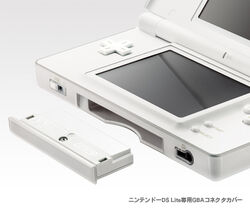 A GBA Slot Cap now comes with every DS Lite.

As early as May 30, 2006 stores such as Wal-Mart and Target were reported to have DS Lites already in stock as a result of being given shipments early and not wanting to wait until June 11 to start selling them.

On May 30, 2007 Nintendo announced 2 new DS lite colors: Metallic Rose and Gloss Silver which were scheduled to be released in Japan on June 23, 2007. 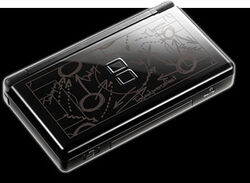 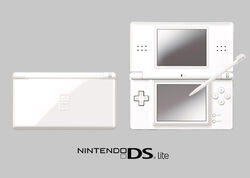